Sunday, January 8th, 2023:
At 1:32 PM, Lancaster County-Wide Communications dispatched Station 63 for Spill Control in the 100 block of Greenfield Road. East Lampeter Township Police Department officers were on the scene of a non-injury vehicle accident involving a utility truck which had struck the Amtrak railroad bridge. The accident severed the truck’s fuel lines which were now leaking diesel fuel directly into a storm drain.
LFC units arrived and confirmed the report from PD, and found severe damage to the truck which had come to rest on the opposite side of the bridge. The force of the impact had ripped the truck mounted generator off, and separated the utility box and boom off the frame of the vehicle. Additionally, pieces of stone from the bridge were laying on the roadway and the crash fractured a piece of rebar at the South opening.
The railroad bridge was built in 1916 and is 10’ 6” in height. It has been the site of many accidents over the decades of its existence and it has held up exceptionally well, albeit this hit being a little harder than most. The Amtrak Police Department and bridge inspectors were summoned. They determined the bridge to still be structurally sound for train and vehicular traffic.
Lancaster County Haz-Mat was requested due to the spill being into a storm drain. Haz-Mat 2-2 and 2-3 assisted with cleaning out the fuel that had made it into the storm drain and pumping the remaining fuel out of the compromised vehicle.
Fire Police from the LFC and Witmer Fire Protective Association closed Greenfield Road between Route 340 and Route 30 for the duration of the incident. East Lampeter Township and Lancaster County Emergency Management were notified of the incident due to the road closure, infrastructure damage, and hazardous materials release. Units were on location for just under two hours.
This was the LFC’s 10th call for 2023, the fifth for the weekend, and the third of the day. 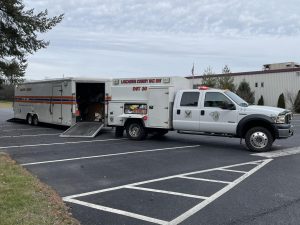 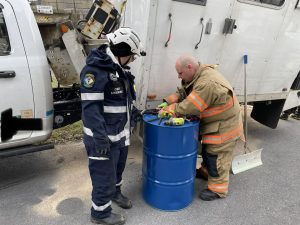 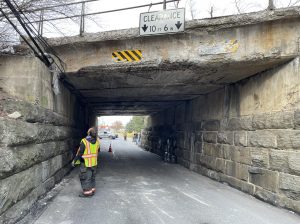 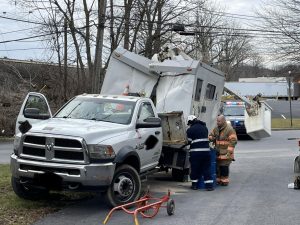 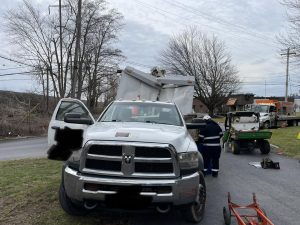 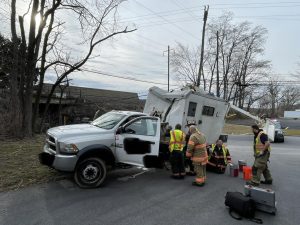